The Legend of Zelda/Luck Manipulation

Here is a chart of the Zelda drop RNG at the start of the game, with a 10 frame moving average. Each bar represents the numbered frame, and the 9 frames preceding.

Quoth fiskbit: "It's minor, but there are ~80 frames of lag from power on to entry into the red darknut room, which will delay the luck spike.... It's probably about a second of lag (24 of those frames are during power-on)." Later, he said "When you kill a darknut, you're probably 54, 62, or 70 frames earlier than you think you are." 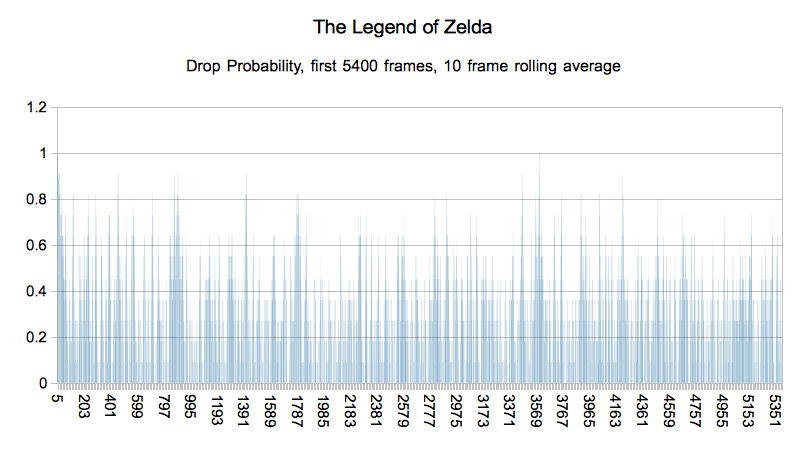 For the bomb drop, it may not be likely to hit any window suggested by this chart. But the possibility exists. Some runners have found that certain delays at the title/character select screen produce better results, if it avoids a fixed 'lull' in the drops.

JSR has worked on a scheme for manipulating the randomness out of Level 3: